If you are searching for something new and up to date for your exhibition and corporate event then an iPad Magician is ideal. Keelan Leyser is recognized to be the Country’s leader in this new field of Digital Tech iPad and iPhone magic. Keelan was voted both the British Magical Grand Prix Winner and British Champion of General Magic at the World’s biggest magic convention. You will witness mind blowing iPad Magic where things are popped in and out of Amazon, magic with Netflix and Mind Reading with Social media. This is magic that is so sophisticated your guests will not have experienced anything like this before EVER! 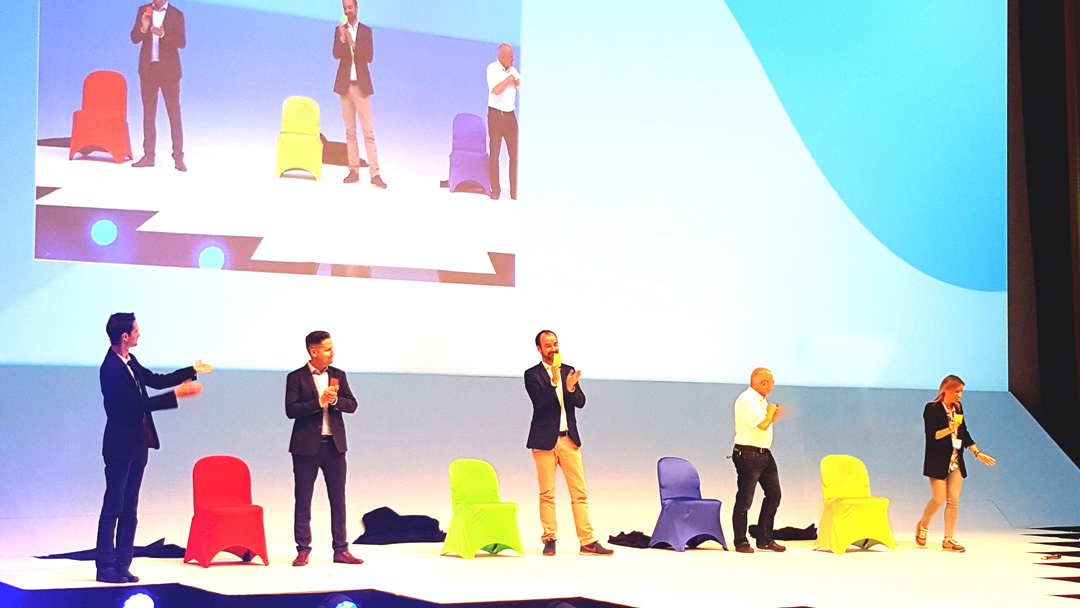 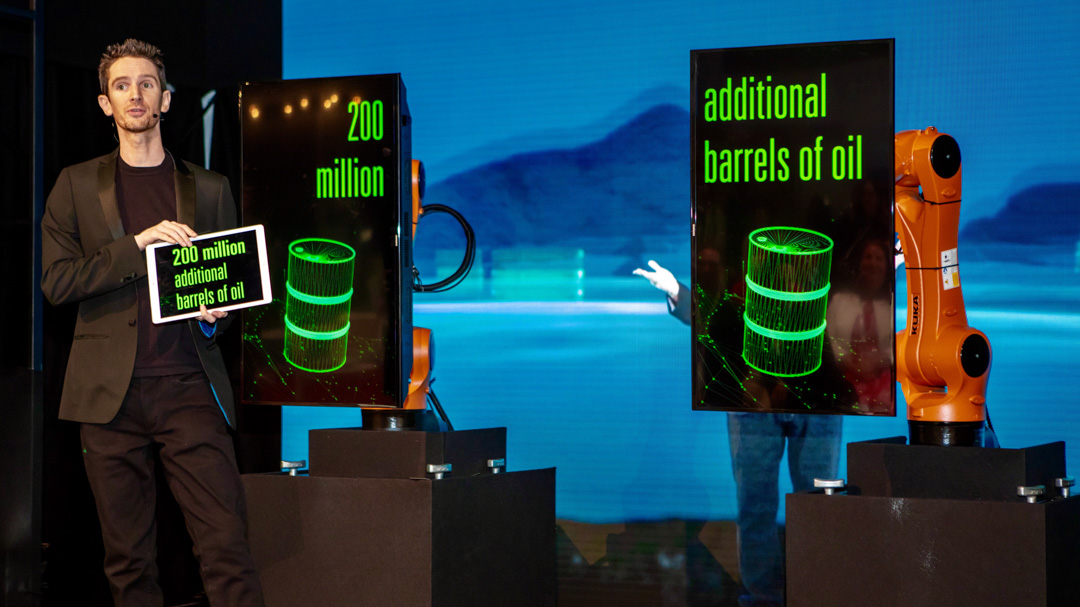 If you are showcasing at an exhibition and if you have a substantial exhibition stand and hope for to generate huge crowds, quantities like you have never witnessed before at your trade convention booth then the iPad Magician stage live show could possibly be for you. With his colleague Matt, Keelan creates a custom made iPad magic presentation like no other. Keelan has developed totally custom stage iPad Magic presentations for companies like BP, Teva and BMW. Take a look at this showreel to find out why these businesses work with Keelan!

If you have a smaller sized sales space then a Mix and Mingle iPad Magician may be more of an appealing alternative for you. Mix and Mingle iPad Magic is where Keelan will carry out Tech Magic at close quarters in strolling approach to several people, stopping passers by to show to them some incredible iPad magic and then transferring them onto your colleagues so they can turn these delegates into qualified leads. Keelan can build customized Digital and iPad Magic so the tricks connect in with your product or service.

Take a look at the few trade conference showreels on this website so you can see how this can help you at your trade convention. 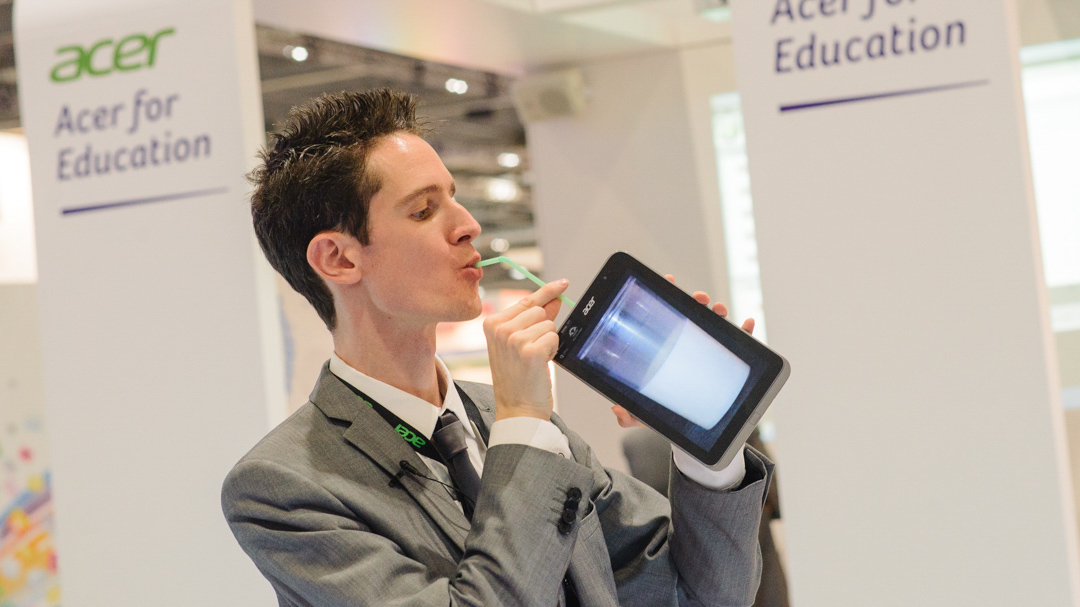 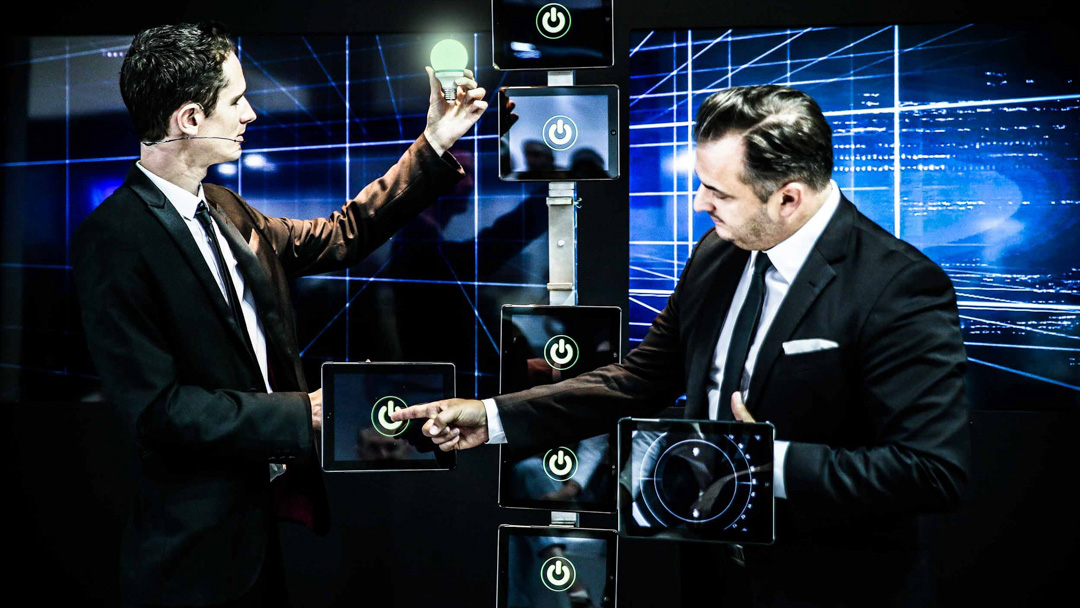 Keelan is frequently selected as for his iPad Magic performance for business occasions and seminars and around the world. Keelan has been a popular act for award ceremonies and corporate dinners, either as pre or after dinner show. Keelan has performed his Technology show Ford Motor, Microsoft, Target, Centene, Walt Disney, American Airlines Group, Allstate, CHS and Audi and many more.

Technology Magician Keelan is also frequently booked as a Motivational Speaker and is popular at conferences and seminars as an opener or closer to conference sessions where the hot topic is the Digital transformation or A.I.. Keelan’s show can run from 15 mins to 45 minutes depending on the requirements. Have a look at Keelan’s iPad Magician Stage Demo video.