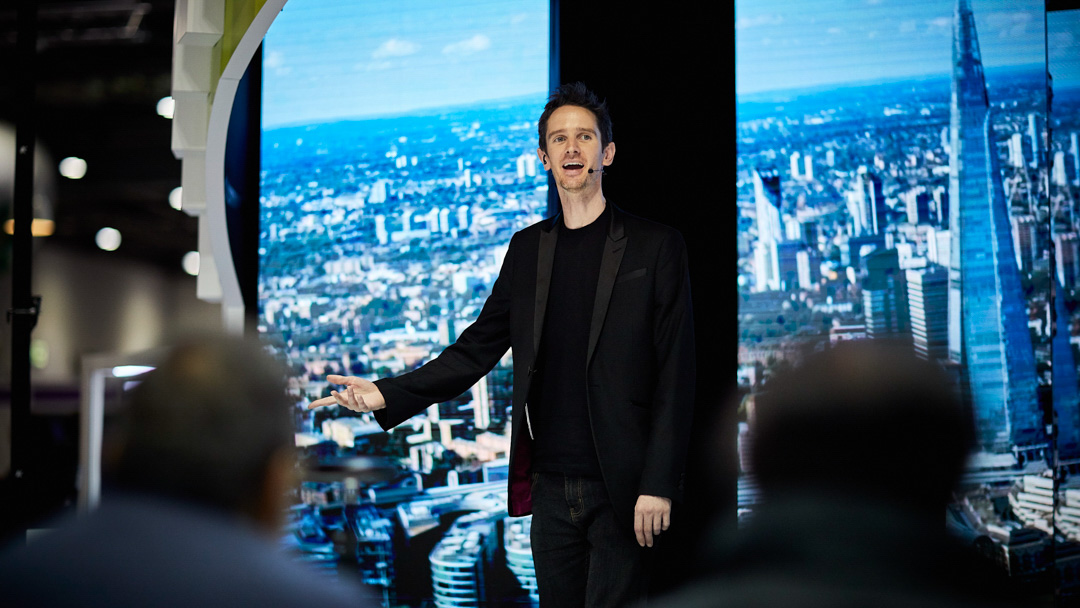 Digital Magic is a Success in America

iPad Magician USA; Keelan Leyser, has stunned audiences throughout America with his own brand of Digital Magic and is totally unique.

Because of his astonishing iPad Magic Keelan has been booked time and time again at private parties, conferences, corporate events and more.

Whether it’s on stage with 17 iPads, drones and tech related items or performing close up roaming iPad magic at a more intimate cocktail reception or networking event.

So this talented iPad Magician is currently based in Las Vegas and is available to perform his stunning and mind-blowing digital magic anywhere in the USA and the rest of the world.

Other recent clients include United Counties near Chicago and private events in Nashville, Palm Springs, Las Vegas, Los Angeles and San Francisco to name but a few.

He has also performed his more personal close up mix and mingle iPad magic for POE Texas, Redzone Software and Transtar, amongst others, all in and around his hometown of Las Vegas.

Keelan performed multiple times on a Surface Tablet for the one and only Microsoft at The Bellagio in Las Vegas.

Keelan can also tailor his performance to your event theme and include your company’s important key message, there are no end to Keelan’s talents when it comes to the future of magic.

This magic and illusion show is mind-blowing magic for tech audiences.

This show is always the top choice for a keynote speech and digital magic show at tech conferences, award ceremonies and Digital summits.

Why have an iPad Magician perform at your event?

The iPad Magician can create bespoke tricks for your company and this is perfect for drawing crowds to your trade show or exhibition booth.

His stage show is will leave your guests amazed and astounded with his sleight of hand.

Incredible digital illusions and at the same time bringing in elements of mind reading, comedy and your all-important company message into his show.

So where next for America’s top iPad Magician?

This year is taking Keelan to Palm Springs, Orlando, Denver, New York and his hometown of Las Vegas, as well as international visits to the UK, Singapore, India, Barcelona and Malta. 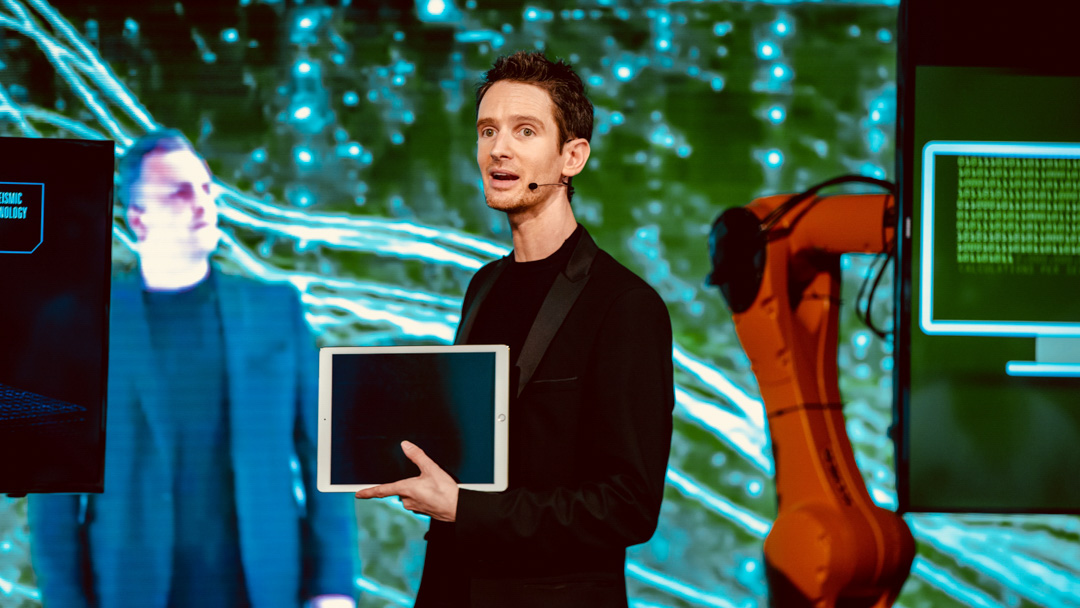